Getting an OpenAuto installed for Android Auto - Carpi Project pt. 4

November 20, 2018
In this part, we can look at various options that might be suitable for making the Carpi project better or easier to create in some way. Since this project is not a new or novel idea and cheap projects already exist that can be bought from China, I am sure that someone has also created software for it. After some research, it turns out that Crankshaft (GitHub) is an actual turnkey solution that makes it appear as if getting Android Auto on a Raspberry Pi is quite easy.

On YouTube, I found a YouTube tutorial that went into detail on how it might be possible and easy to do, but this YouTube tutorial is not only outdated but newer versions of Android and Android Auto have come out since then. However, because the project is open source, I do not believe it would be too difficult to rebuild the project for a newer version of Android and Android Auto. 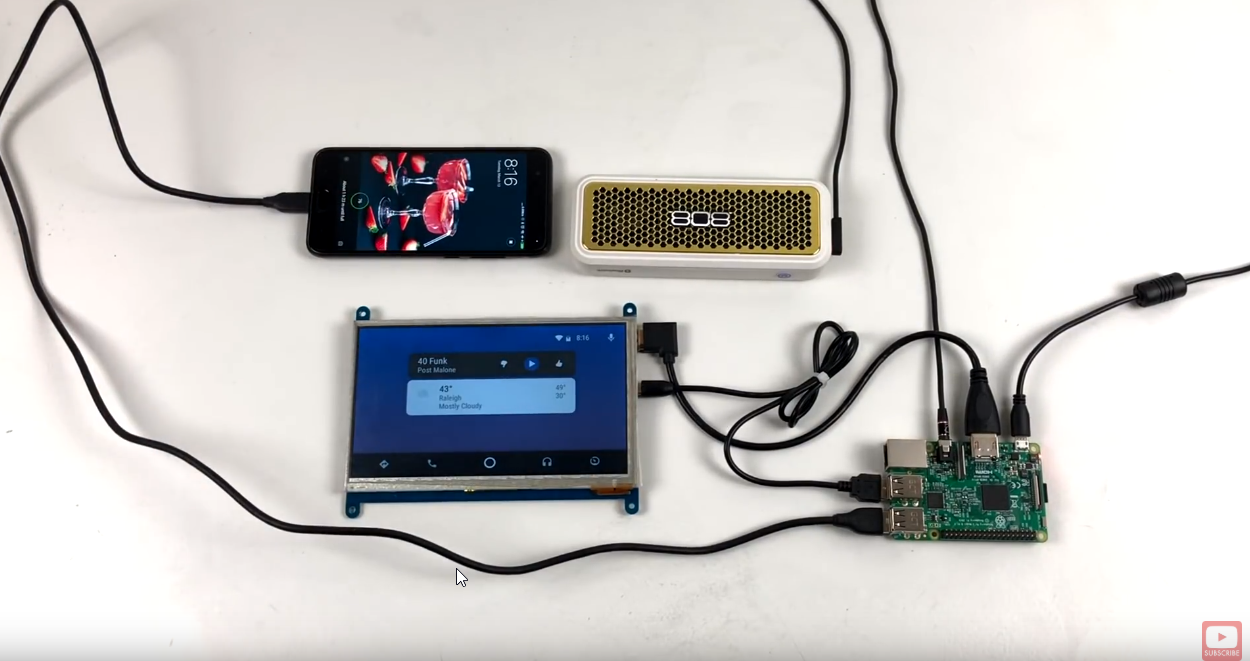 We’ll need the prerequisites, aasdk, Qt libraries, and the C++ 14 compiler. We don’t have to worry about the C++ compiler because it is included with the default distribution of Raspbian for the Raspberry Pi, with cmake and gcc already installed. In addition, Qt libraries also come with the Raspberry Pi if the X-server is installed, which in my case it should be, even though it is disabled.

Therefore, aasdk is the dependency that we need to build in order to get OpenAuto working. To install aasdk there are also some dependencies that we will need to install. These are:


Everything should be installed, but even if it isn’t, we can install the needed software with the following command:

We can then clone the aasdk repository onto our Raspberry Pi:

We can then create a build directory at the same level as the aasdk directory and generate the cmake files in the new folder:


Now that we have build aasdk, we can use it. So we will return to the OpenAuto build instructions and install the rest of the dependencies:

Then we can build OpenAuto, so we’ll first clone the repository down: